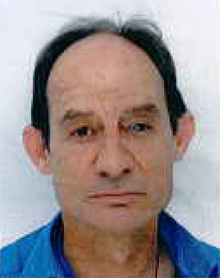 A man who worked as a veterinary surgeon in Wiltshire, despite being neither qualified nor registered with the Royal College of Veterinary Surgeons (RCVS), received a 20-month sentence at Swindon Crown Court on Friday [9 December 2011].

Peter Keniry (also known as Patrick Keniry), from Great Yarmouth, had been practising under the name of a properly qualified and legitimately registered veterinary surgeon, and was arrested on 23 August.

At his initial hearing in Swindon Magistrates’ Court, Mr Keniry pleaded guilty to charges of fraud by misrepresentation and unlawfully practising as a veterinary surgeon, and was released on bail.

At the Crown Court on Friday, Mr Keniry also pleaded guilty to additional charges before being sentenced.

It is understood he will serve a number of months in prison, before being released on licence for the remaining period.

The RCVS assisted Wiltshire police in their apprehension of Keniry in August, having been alerted the previous day to his fraudulent activities.

Mr Keniry is no stranger to the College or the police, having already been dealt with in 1998, 2001 and 2005 for similar offences.

On each occasion, Mr Keniry has impersonated a member of the College whose name is legitimately on the Register, which makes it difficult even for practices that do check the credentials of prospective employees to pick up a problem.

Commenting on the recent sentencing, Gordon Hockey, RCVS Head of Professional Conduct said: “We are satisfied that the Court has clearly recognised the risk posed to both animal welfare and public safety by bogus veterinary surgeons. Anyone working as a veterinary surgeon when not qualified to do so, risks a custodial sentence.

“Mr Keniry’s continued pattern of re-offending shows him to be a very convincing fraudster. By publicising his photograph, we hope to help any potential employer or locum agency reduce the chances of this happening again,” he added.