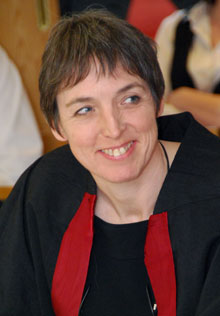 At its meeting earlier this month, RCVS Council restored its full approval to the University of Bristol’s School of Veterinary Science.

Council approval was granted at the recommendation of the Education Policy and Specialisation Committee (EPSC), following the positive report of a visitation carried out in mid-December 2011 under the chairmanship of former RCVS President Stephen Ware.

The School had been under conditional approval since a visit in March 2007, and a subsequent revisit in October 2009, had identified that, although progress had been made, work still needed to be completed to improve some of the facilities, particularly in small animal surgery and on the farm.

Council commended the hard work and improvements displayed by the School, and was pleased to restore it to full approval status.

“The University has demonstrated a welcome and continued commitment to the development of the School, and is to be congratulated on making  significant financial investments in staffing and facilities, despite the current difficult economic climate,” said Professor Stuart Reid, EPSC Chairman, noting the efforts that had been made in addressing the visitors’ concerns from previous visits.

“There is a positive and constructive atmosphere, which is a credit to the Head of School [Professor Jo Price, pictured] and all the staff who have clearly worked extremely hard to meet the challenges presented to them at a time of change within the university sector as a whole,” Stuart added.

The School is next scheduled for a full visitation in 2014.