In memory of Colonel Peter Storie-Pugh 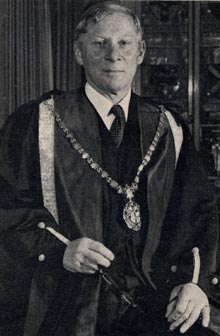 We are saddened to learn of the death of a former President of the RCVS, Colonel Peter Storie-Pugh CBE MC FRCVS.

Colonel Storie-Pugh (pictured) attended the University of Cambridge until 1939, when war and military service interrupted his studies.

He took part in the Dunkirk evacuation and, following a number of successful escape attempts from German imprisonment, was incarcerated in Colditz for the remainder of the war.

He was awarded the Military Cross and, later, an MBE for his military actions.

After the war he resumed his veterinary education, graduating from the Royal Veterinary College in 1948 to pursue a lifelong interest in farm animal practice.

In 1981, he was awarded a CBE relating to his veterinary achievements.

“The College is saddened by the death of this brave man and outstanding veterinary surgeon,” says RCVS President Jerry Davies.

“In particular, his work in setting up what is now the Federation of Veterinarians of Europe continues to be of great value today. Our thoughts are with his family.”