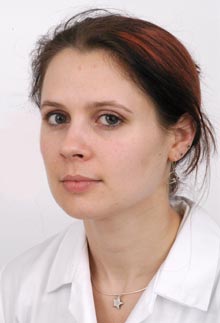 The RCVS Charitable Trust has made two ‘Blue Sky’ grants of £20,000 each for research into feline rotavirus and equine gut bacteria.

One award has been made to Allison German (pictured) and Kenton Morgan at the University of Liverpool as a Richard Daubney Research Fellowship. This will enable research to be undertaken into the molecular epidemiology and zoonotic potential of feline rotavirus in UK cats.

“Feline rotaviruses have been identified in diarrhoeic children in Japan, Italy, Israel and America, but because of limited funding options, there has been no systematic study of rotaviruses in cats, so the prevalence, risk factors and zoonotic potential are unknown,” says Allison.

“I am pleased that the Trust has recognised the importance of emerging infectious diseases in companion animals and their potential role in animal and human health.”

By assessing faecal samples from cats within Cats Protection Adoption Centres in the UK, the study aims to discover the prevalence of rotavirus in this cat population and broadly identify the strains of feline rotavirus that are circulating, including looking for any with identity to human strains.

The study will also determine whether the molecular epidemiology of rotavirus in the cat population enables understanding of the diversification and evolution of rotaviruses in people.

A second Blue Sky award of £20,000 has been made to Chris Proudman and Alistair Darby, also at the University of Liverpool, to research the role of gut bacteria in horse health and disease.

Called Metagenomic Analytical Utilities for Equines (MANURE), the project will sequence DNA from microbes taken from horse intestines, and analyse the diversity, composition and abundance of the microbial populations.

This is expected to improve veterinary understanding of the role of equine gut bacteria, and benefit horses and their owners.

This is expected to improve veterinary understanding of the role of equine gut bacteria, and benefit horses and their owners.

Tools being developed to characterise and investigate equine gut microbiota, and findings expected, such as the discovery of novel bacteria, should also be useful to other research.

“As usual, the standard of applications was very good, although we do continue to receive a relatively high number of applications for projects that the assessors judge to be more 'surveys' than genuine blue sky research,” says RCVS Trust Director Cherry Bushell.

“In deciding which research to fund, a number of factors are taken into account, such as the quality and strength of the research team, the likelihood of success, and whether a genuine gap in knowledge has been identified.

"For example, the feline rotavirus research could have important findings in the longer term if it is found that there is genuine risk to human health, and also shows clear potential for further study.

"Similarly, the equine gut bacteria study is likely to increase considerably knowledge over the longer term and to attract funding from elsewhere for further research.”